For a long time we have been taught the importance of fibre in the diet, but it seems that the evidence is at odds with our common belief that fibre is good for constipation. According to Dr Paul Mason from the University of Sydney, when we look at the literature it doesn’t seem to stand up.

In the case of malabsorption, if a person eats something that is not able to  be absorbed by the intestines, the food transits to the colon where it is fermented by the gut microbes, this is exactly how fibre is supposed to work as a non-digestible carbohydrate but this can create constipation, gas and bloating. 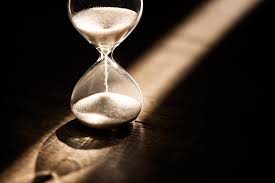 He goes on to say that there are important benefits to fibre in its action of creating short chain fatty acids which nourish the lining of the gut but there’s a surprising discovery…when they are absorbed by the cells that line the colon, they are then converted to keytones and keytones provide the energy to create a healthier mucus layer (among other things) in the gut.

So his conclusion is, those on a low carb/ketogenic diet not only get all of the benefits of fibre but with none of the effects of gas, bloating and constipation.