A rainy august bank holiday weekend and an abundance of autumnal courgettes (zucchini) combined with a spell of short-lived boredom resulted in a surprisingly tasty, almost thrown together dessert that I hadn’t really held out much hope for but, like quite a few of my “What can I make out of this before it goes bad?” attempts, it was definitely good enough to share here for those out there who are staying clear of apples. 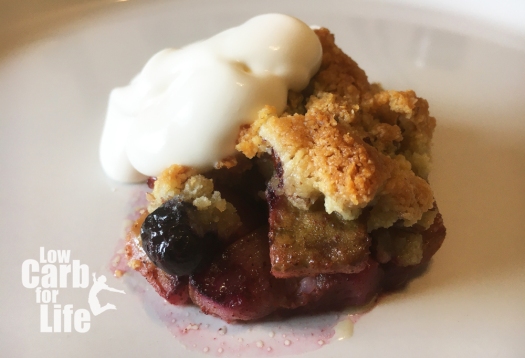 Bake at 190°C for 20 mins
I didn’t add any sweetener to this recipe as I try to avoid it but the addition of whipped cream is almost mandatory when it comes to crumble.

One Reply to ““Apple” & Blueberry Crumble”